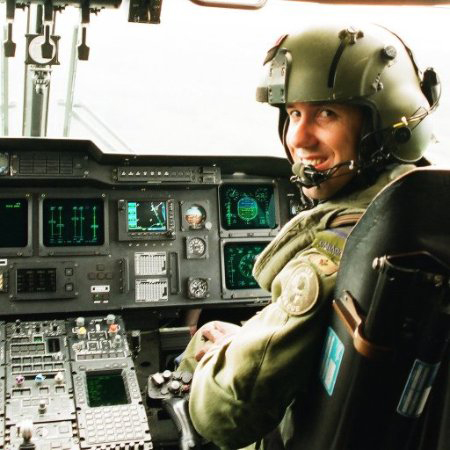 Greetings from Canada! I’m Daryl, a 20-year veteran of the Royal Canadian Air Force (RCAF), having served as a search-and-rescue (SAR) helicopter pilot. Since retiring from the RCAF in 2009, I took on the role of accident investigator with the federal agency responsible for conducting aviation safety investigations in Canada. In true Canadian fashion, I possess an extensive ice hockey background, having played at university level, and coached several elite youth teams and individual players.

As a SAR helicopter pilot, I actively promoted interdependence within my team and used authentic leadership to help ensure mission success under very stressful circumstances. My greatest military achievement was being selected as the Commanding Officer of one of Canada’s most demanding SAR Squadrons. My approach to leadership is ‘take care of your people and they will take care of you’.

Over the past 25 years (wow, that makes me sound old…), I have developed and delivered human performance and safety training internationally to thousands of medical, gas, electric, construction, management, aviation, and various military personnel. While in the RCAF, I was responsible for creating and implementing an Air Force-wide human performance program that was later adopted as a model for countries belonging to the North Atlantic Treaty Organization (NATO). Along the way, I completed my Masters of Aeronautical Science, with a dual specialization in Human Factors and System Safety. The combination of an academic background and an operational mind helps me turn theory into practice, so I can provide front-line personnel and senior leaders with “tools” they can use tomorrow!

When I’m not teaching or trying to figure out what led to an aviation accident, you’ll usually find me either climbing up or rocketing down mountain bike trails with my girlfriend and my 17-year-old son. We’ve ridden many of the best mountain biking trails in Eastern Canada and we plan on conquering many more in the years to come.