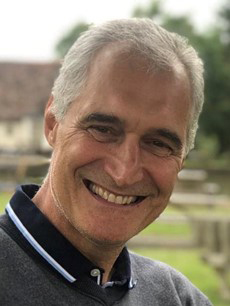 I am a successful leader, developer, speaker, and performance coach with Board level experience, who has run and developed organisations in the military, the financial and insurance sectors, FMCG, infrastructure, power, consulting, and elite sport, focusing on improving performance through changing culture and behaviour.

I began my career as an Army officer, having graduated from Sandhurst. I served in the Infantry in many countries throughout the world, spending five years on operations in Northern Ireland where I was Mentioned in Despatches in 1989 and served in Bosnia in 1996.

My commercial experience began with Coca-Cola, where I worked in sales and operational leadership roles across the UK. I first moved into performance development with the Inspirational Development Group (IDG) in 2003 as a consultant, where I developed leadership and team performance for clients in the military, the commercial world and professional sport. In 2007, I moved into risk and insurance with Aon, where I initially worked as a Risk Consultant before leading one of Aon’s largest UK regional businesses. Based in Birmingham, I was responsible for Aon’s corporate business in the Midlands, Wales and the Southwest.

I was also appointed the Rugby Football Union’s first Head of People Development in 2011. I became Managing Director of the Inspirational Development Group (IDG) in 2014. IDG is an international consultancy with a global footprint and a unique relationship with the Royal Military Academy Sandhurst. I have been working exclusively as a Performance Coach since early 2019, focusing on senior leaders and their teams with clients in global organisations across multiple sectors.